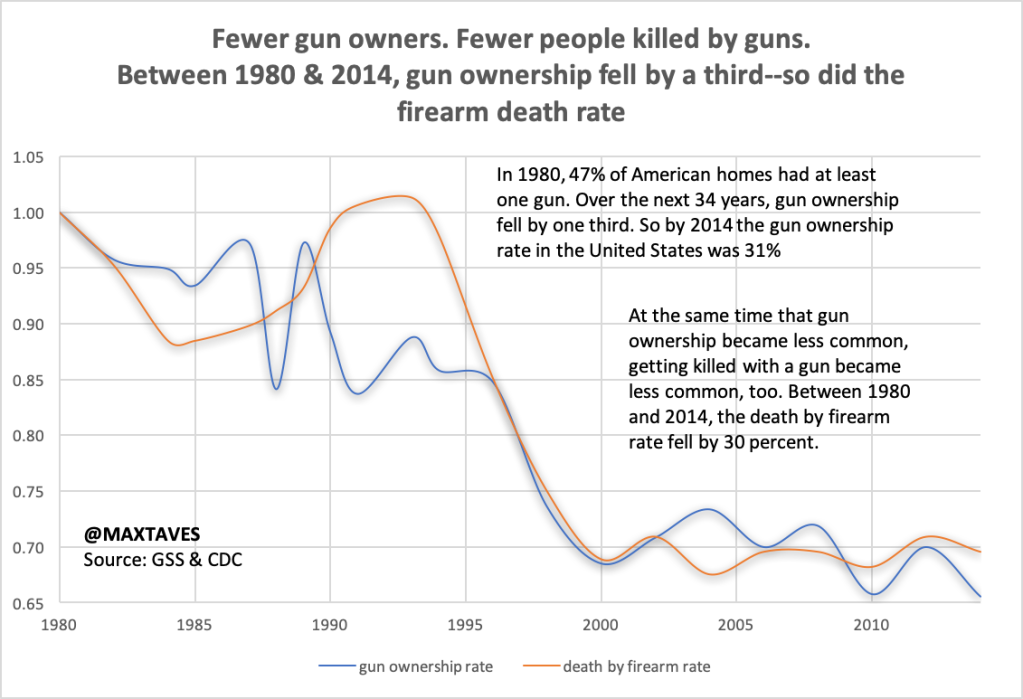 The NRA gets it half right. Guns don’t kill people.

It’s what more than 3 decades of data clearly show.

That’s a nearly perfect 1-to-1 relationship.

Frankly, it defies reason to believe that it’s purely correlative, not causal.