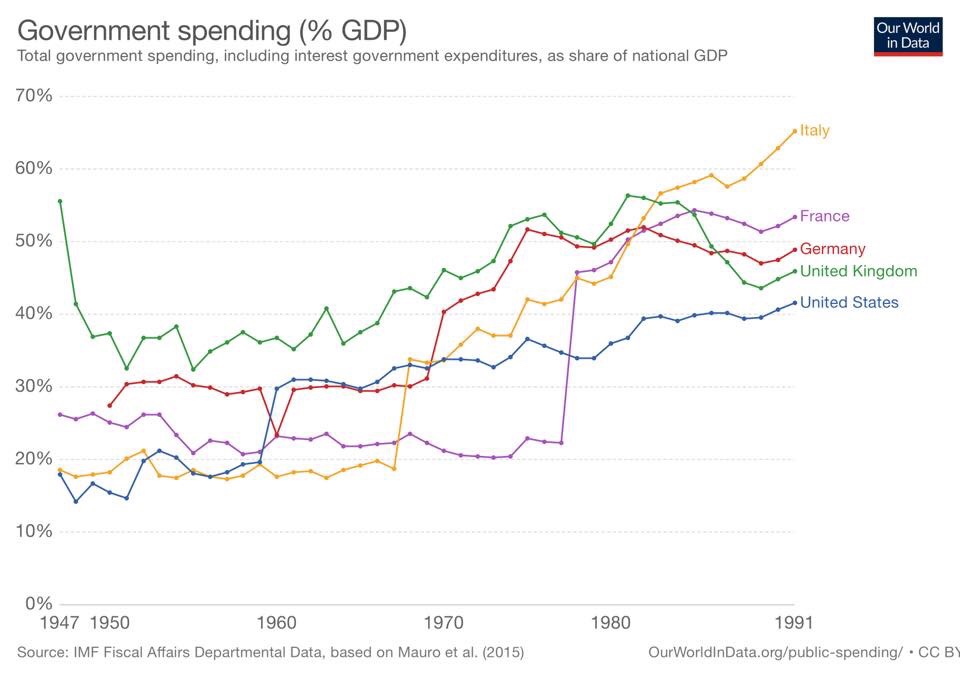 Between the beginning of the Cold War in 1947 and the end in 1991, government comprised between 40% to 60% of the entire economies of the so-called Western capitalist powers.

So how’d the West use government?

In fact, the government investments made by the United States form the infrastructure upon which the entire global economy is now built (see fruits of that investment in previous paragraph).

But to be clear, the victors of the Cold War doubled and tripled the size of their governments. The private sector shrank as a percentage of the West’s economies.

It’s time to rethink the simplistic–and egregiously wrong–narrative of how “capitalism” defeated Soviet-style Communism (aka Russian imperialism by another name).