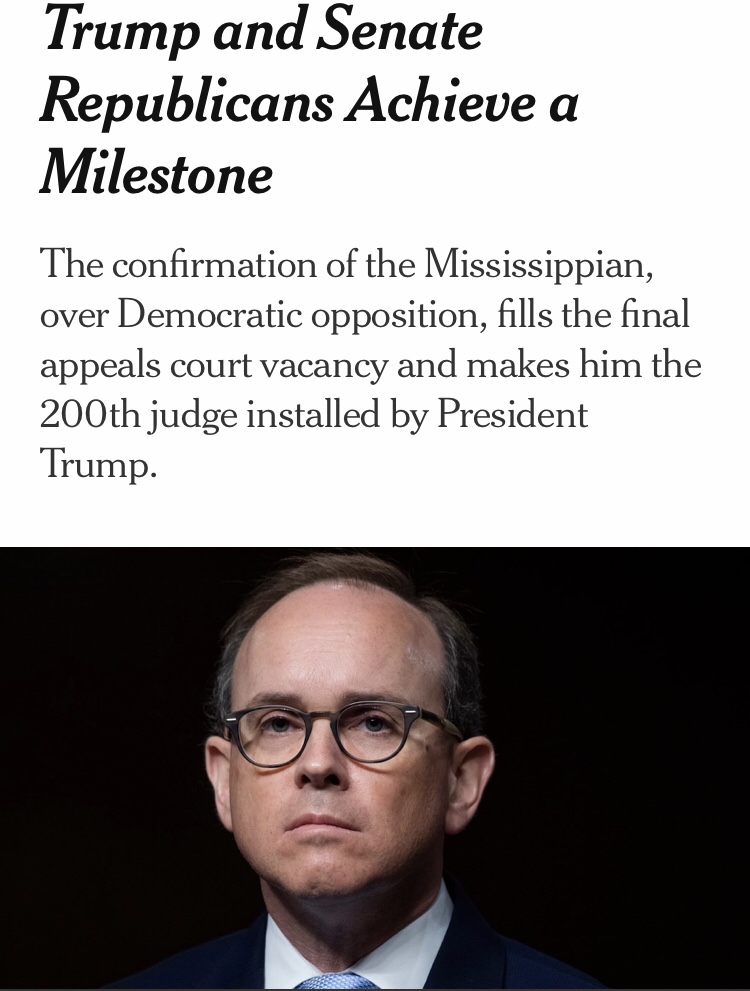 “Judges might be appointed by a minority of people, tho’ by a majority, of the States, which could not be justified on any principle.”

The GOP’s Senate “majority” has confirmed 200 judges since 2017–the highest total in a POTUS’ 1st term since Carter.

AKA: A minority of people tho’ a majority of states choose our federal judges.

A minority rules the majority.

The fewer rule the more.

And let’s be clear:

This is not what the Father of the Constitution—James Madison—wanted. At all.